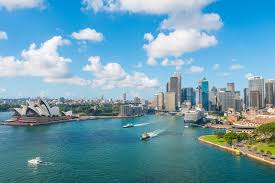 How Will Sydney’s Property Market Fair in 2017?

Sydney is considered by many to be the heart of Australia and with a thriving economy and a host of successful markets considering the region their home – it’s no wonder why. The property market is by far one of the largest in the country, but with the recent trend of values surging, how does 2017 look set to play out for those hoping to buy or sell properties?

As the end of 2016 is rapidly drawing to a close, many home buyers found themselves uncomfortably situated between a rock and a very hard place. With banks dropping their rates to cater to the recent increase in the value of an average home in Sydney, even this wasn’t a dependable option for many home buyers.

This led to an increase in relocation, especially between those that were previously living in Sydney looking to travel into other regions; namely Tasmania and Perth. By the middle of 2016 the property market had witnessed a 4.6% increase in home values, when compared to the same time last year. By the end of the fourth quarter of 2016, this amount seems to have steadied, but not after climbing a further 2.2%.

What do the experts say?

In most scenarios, this rapid climb in the value of properties will typically be faced with a comfortable decline over the course of the next couple of years; but many experts disagree with this theory and predict an even larger climb as 2017 comes around. As we enter the New Year, the market is expected to undergo an initial increase of between 1.5% and 2.8% before climbing further still, until the close of 2017 sees highs of 11 to 16 percent.

What does this mean for buyers?

Now may not be the best time to invest in the property market and this includes buying a house in Sydney. Experts have predicted that in 2018, the market is due a decline and prices will drop quite substantially; if not drastically. This means that next year might not be the ideal time to purchase a home, but it could present a great opportunity for those hoping to obtain mortgages, or buy a property outright in 2018 through to 2021.

How can this affect sellers?

Although many people are holding off on their spending while the markets undergo the increase that they are currently experiencing; home sellers are in a very good position to turn an appealing profit. If a sale price can be agreed upon many owners can expect to enjoy up to 22% increases to the costs of their homes, when compared to their values just five years ago. Selling after 2017 is predicted to offer lower profit potential, but until the second quarter of 2017 passes, these predictions can be all but impossible to ascertain.