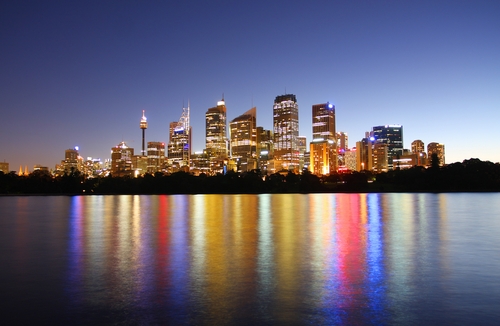 Melbourne Property Market Forecast 2017 and What it Means for Buyers

After a recent study was undertaken by the Home Value Index (HVI) agency, many experts have been considering the possibility of next year’s property market in and around Melbourne taking somewhat of a decline throughout the course of 2017. Although disputed by others within the field, this event is looking more and more likely to become a reality come February next year.

Although many people put this down to the fact that the region has undergone a rapid rate of improvement on an economical level over the past few years and is simply due a decline, others state that due to the increase in property values throughout the past decade; people are simply looking to purchase homes elsewhere.

With the approach of the New Year, the Melbourne property market forecast 2017 survey has demonstrated that the region can expect a decrease of 0.2%, compared to other regions, such as Brisbane, which is expected to undergo an increase in property values by just over 6%. As minimal as this decline may be, the fact is that with the average home costing just under $600,000 – this can spell a loss of thousands of dollars for home owners hoping to sell.

As many buyers look to other regions when purchasing their first homes, experts have stated that this decline should be considered temporary. As the demand for accommodation has increased in Melbourne, specifically over the past decade, so too has the need for consumables and other necessities.

As a result of this increased demand supplies recently reached an all-time high – and a volume that can be very challenging to surpass. With costs of living on the rise, many residents of the region have been hoping to cash in early and take advantage of average market values in 2016 (a whopping 7.1% higher than costs just a decade ago).

In 2015 the market was selling at a rate of 9.9% higher than average valuations, before dropping by 2.8% in the space of 12 months. With a drop of just over 7%, next year certainly looks set to be one of the cheapest years to purchase a home in the region – but one that could cost home owners hoping to sell thousands of dollars.

For sellers, the drop can certainly be considered drastic, but with experts saying that this decline is only the tip of the iceberg, many are considering selling as soon as possible to avoid future losses. On the other hand, buyers are being presented with a great opportunity; one that could save them thousands of dollars – especially if they plan on purchasing in the first quarter of 2017.

According to the summer edition of the Commonwealth Bank Property Insights report , Australia has experienced unprecedented levels of development, particularly in main centres. In fact, during April 2015, new building approvals peaked at almost 10,000. Although approvals are now decreasing, levels of construction have remained high, and should stay that way throughout 2017.

When considering a purchase, it’s not as simple as picking from a portfolio and paying a deposit; there’s the viewing process to undertake, not to mention putting in an offer, arranging paperwork and signing official documentation (all of which can take months). The first task is to find a home that is as suitable as it is functional and here are a few tips on the features to look for.

It’s easy to fall in love with the first property viewed – after all many potential buyers are so keen to purchase something that they can call their own, that they are willing to overlook their own preferences. This can be a very bad idea and will typically cause long term suffering. Instead of opting for one of the first viewed, it might be a better option to take a look at ten to twenty potential homes instead. By the fifth or sixth you’ll already have a better idea of what you’re looking for and this can work wonders for your final decision.

Buying a property isn’t like taking a trip to the local shopping mall and picking up a few trinkets. Choosing the right house takes time, effort and a little expectation. Most people will intend to purchase a single home in their lifetime – a central hub for their family to grow and live together in security. Unfortunately, many new home buyers in Australia make the mistake of rushing in to a transaction and are often left regretting their decision years later.

Shops, schools and other common facilities are all very important aspects to think about. For families with children, it won’t make much sense to live miles away from the nearest school, nor will it be logical to have to travel hours to the nearest shop. Being closer to amenities does have its bonuses, but it can be much busier than sparsely populated locations. It all depends on what you want and how far you are willing to drive to get around.

These are just a few things to think about when buying a house in Australia. For more advice, it’s worth getting in touch with an estate agent or representative.